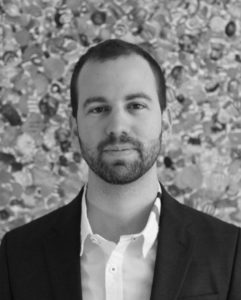 Carlos Gamez de Francisco was born in post-revolutionary Cuba in 1987, to a Cuban-Spanish mother and a Cuban-American father. He grew up in Cuba and was  educated in an academic style heavily influenced by the Russian Academy. At age five, he determined, with absolute certainty, that he would be an artist. By the time he was fifteen, Gamez de Francisco was diligently painting eight hours a day, every day. Today, he often spends 15 hours a day painting and feels “very blessed to do what I love.”

Living in Kentucky, horses are a favorite theme for Gamez de Francisco. In surrealist fashion, he combines horses with the human form, centaur-like, but in reverse – the horse’s head with a human body. Or, maybe the head of a deer, a fox, a giraffe . . . and don’t be surprised if the body is that of a beautiful woman attired in silk and finery.

“The Power of the Powerless”. Moremen Moloney Contemporary, Louisville, KY

2012      Key to the City of Louisville by Mayor Greg Fischer, Louisville, KY

Best Short Film in the Seventh National Festival of Audiovisual “By First Time”.Cuba