Girl with Snake by N.A. Noël

For stretching and framing please contact us at phone #: 317-873-2976 or email: info@cvartandframe.com

Girl with Snake by N.A. Noël

Featuring a beautiful angel commiserating with a snake. Contact the gallery for additional sizes and framed options. 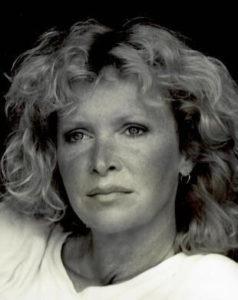 N.A. Noël (Nancy Noël) was a prolific American Contemporary Impressionist who became renowned for her portraiture. Sensitive portrayals of animals and children made Noël a popular print artist throughout North America.

The intimacy of Noël’s work with Amish and African cultures represent those closed communities in a way not seen in mainstreamed America. Her Angel images serve as ethereal messengers, asking the viewer to see beyond the paintings into another dimension and encouraging a closer relationship with our divinity.

Noël studied at St. Mary’s of Notre Dame, Indiana and graduated with an art degree from Mount St. Joseph University. She pursued an art career to the chagrin of her parents, but became well known locally, sketching portraits at the Penrod Arts Fair for $35 dollars apiece and opening the Noël Gallery in Broad Ripple, where she sold other artists’ work. It soon became a status symbol to have a Noël portrait of your child above the fireplace. Noël began working in oil paints and continued to create portraits of animals and children. By the 1980s, Noël was publishing prints, which became so popular with art distributors that she decided to venture into the distribution business herself. She was among the very first artists to buy ads in leading lifestyle magazines of the day, such as Town & Country and Country Living magazines. She went by the name “N.A. Noël” during an era in which female artists were not taken as seriously as their male counterparts. By the 1990s, Noël had become recognized internationally for her paintings of animals, Amish Life, Angels, and African peoples, among other subjects.

Known for her enormous creative energy, Noël often worked in the middle of the night painting several canvases in the same day. Throughout her career, she created over 1,000 original works, sold millions of prints, published eight books, and established Noël Studio, a brand that rigorously protects the value and authenticity of her reproductions for collectors. Her artwork hangs in the homes of world leaders and celebrities and has been used to commemorate major events and organizations in the U.S. and abroad.

In the 1970s, Noël moved to Llandfair Farm in Zionsville. Over the following decades, Llandfair became home to dozens of animals, from horses and llamas, to raccoons and pigs, and many adopted others. As a longtime champion of animals and children, Noël brought them together by creating animal therapy programs for the disabled. In Africa, where Noël traveled extensively, she became active in rescuing the endangered rhino population, and later established the N.A. Noël pre-school in southern Kenya.

Besides painting and riding horses, Noël loved spending her days at Llandfair, often followed around by a motley group of animals. While she was raised Catholic, Nancy did not consider herself “religious.” Spirituality became a more dominant subject in her later work. An ethereal, even mystical, expression came through in her paintings. She was drawn to the mystery of unseen powers, the presence of guiding spirits, and the conflict between love and fear.