Mickey and Friends Painting in Paris by Dowdle

For your Canvas, choose your Size and Edition then

Mickey and Friends Painting in Paris by Eric Dowdle

This is an unframed Limited Edition stretched, canvas lithograph that has been hand embellished, or an unframed archival paper lithograph. After adding your canvas selection to your cart, CHOOSE YOUR FRAME HERE.

Consult with the gallery for framing your paper lithograph.

Read about the explanation of Editions here

Notes from the Publisher

Art Brand Studios and Eric Dowdle have teamed up for a breathtaking collection of Disney folk art, portraying magical moments of everyone’s favorite classic Disney cartoon characters. Painted in his whimsical, patriotic art style, this collection will stir up nostalgic and cheerful emotions while reminding us that our vast and extraordinary world is quite intimate.

Allow us to take you to places around the world that you will never want to leave with our collection of Disney and Dowdle fine art.

Discovering figure drawing as an artist was and continues to be the center of what I consider “folk art.” I define folk art as People interacting with the environment around them. Disney took figure drawing to an amazingly different level. The brilliance of exploring the possibilities of animals with human features and characteristics interacting and communicating with their surroundings is enchanting to me.

Mickey and friends in Paris is where I imagine this exploration coming alive. With the inspiration of some of the world’s greatest galleries, I love the idea of Mickey Mouse and Donald Duck playing the part of both artist and model. Paris inspires even the simplest of
artists to try their hand at a sketch or two… or maybe even some “figure” drawing.

•In the distance is France’s most recognizable and romantic landmark the Eiffel Tower.
•Mickey is becoming quite the accomplished painter, his portrait of Donald is almost life-like.
•The Basilica of the Sacred Heart of Paris shines bright as the sun sets. Most people don’t know it is a Roman Catholic church and minor basilica, dedicated to the Sacred Heart of Jesus.
•Windmill on the Moulin Rouge is perfectly tucked away in this work of art, can you spot it? 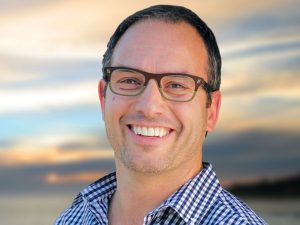 Eric Dowdle has a background of hard work and dedication to God, family, and country. He was born and raised in the heart of the western United States to parents of 12 children, 2 girls, and 10 boys. Many of the stories of his youth are reflected in his artwork – a chicken stuffed in a mailbox, a young boy surprising his mom with flowers from the neighbor’s yard, children bravely walking a fence line or Boy Scouts playing pranks on each other.

THE BIRTH OF A STORYTELLER

The Dowdle family moved to Boston where Eric developed a fascination with folk art. This style of art brought together the values that were instilled in him throughout his life with his love of people, sense of humor and the ability to tell the stories of people through the detail of the artwork.

Eric, and his wife Deb, now live on a charming farm with their own family and a smattering of farm animals by the Wasatch Mountains in Lindon, Utah. After visiting beloved locations throughout the world Eric easily proclaims that home is “my favorite place on earth.”

A MAN WHO MAKES THINGS HAPPEN

Eric has been creating art for over twenty years. He started painting in his early twenties; parting ways with college after one year, to “go make something happen.”

Making things happen is how Eric does things; painting, exploring, marketing, and working day and night to expand the business and his collection of over 300 paintings. Today, his original paintings have been converted into premium gifts and keepsakes, such as fine-art prints, puzzles, calendars, adult coloring books, personalized wooden puzzles, 3D Stratascapes, and more.

Dowdle products have captured the attention of small and large big-box retailers, selling more than one million puzzles each year, giving Dowdle a large and growing retail presence.

THE MANY TALENTS OF ERIC DOWDLE

Eric captivates people of all ages with his fun, quirky personality. His wit and charm make him a natural for television, radio and social media spotlights. He can be found starring in his second season of “Painting the Town with Eric Dowdle” on the BYU TV network, distributed worldwide. Sirius XM Radio has aired hundreds of programs, “Traveling with Eric Dowdle.”

1984 – Eric earned his Boy Scouts of America Eagle Scout rank at the age of 14
1995 – Eric opens the doors to Dowdle Folk Art as a place to sell his art.
1997 – Honorary Artist for the Utah Sesquicentennial Celebration. The Church of Jesus Christ of Latter-day Saints purchased the Sesquicentennial Pioneer Patterns, which is displayed today in their Conference Center in Salt Lake City, Utah.
1998 – Eric received the Mayor’s Choice Award at the St. George Arts Festival in St. George, Utah.