Remember Where You Came From by Nechita

Remember Where You Came From by Alexandra Nechita 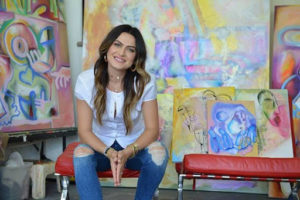