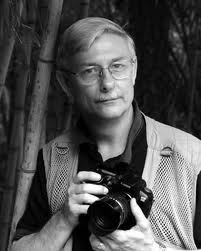 Paul Wingler, Master Photographic Craftsman, first received a Certificate of Graduation from the New York Institute of Photography in 1987. Since then he has studied with various photographic artists at the East Coast School in North Carolina. Paul also completed a five year study with Master Photographer and ASP Fellow Jay Stock, as well as other noted photographers Joyce Wilson, Don Blair, Tim Kelly and Tony Sweet. Paul has competed in State, Regional and National competitions where he has had several prints selected to hang in exhibition. Paul has won numerous awards in General Commercial, Commercial-Fine Art, Wedding Candid and Photojournalism. He has also had images selected for Professional Photographers of North Carolina’s (PPNC) Loan Collection as well as receiving the prestigious Fuji Masterpiece Award. His work has also received the Distinguished Honor from Southeastern Professional Photographers of America (SEPPA). He has had images selected to appear in the Professional Photographers of America’s (PPA) Photo Showcase Book and Loan Collection Book. Recently, Paul has had one of his images selected by The American Society of Photographers (ASP) as one of the Best of the Best, collection of images that were selected from the PPA Master’s Loan Collection. In February of 2003, several of his images were introduced in exhibition at the Chilean Embassy, Washington, D.C. The exhibition opening was in connection with the Smithsonian Association’s lecture on Chile. It was the first total digital exhibition ever held in any Chilean Embassy in the world.

Paul is an active member of Professional Photographers of North Carolina (PPNC), where he has served as Central Guild Chairman, the State Convention‘s Model Chairman and Central Guild Director. He is currently serving as President-Elect for PPNC. As a member of Professional Photographers of America (PPA), he has participated as an instructor for the PPA’s “Super Monday” Seminars as well as held continuing education courses in Georgia. Paul has also taught students basic photographic composition and lighting in Osorno, Chile and Tegucigalpa, Honduras. He continues to be invited into Central America to lecture on topics from basic lighting and composition to travel and fine art photography. He is currently mentoring photographers of the Foto Club de Honduras in San Pedro Sula and Kaleidoscopia of Tegucigalpa, Honduras. He is also an instructor at the Durham Arts Council in Durham, North Carolina.

Today, Paul continues to teach, lecture and judge throughout the United States and South and Central America. His work takes him into remote areas of South and Central America, where he continues to photograph the people and their culture. Paul’s work can also be seen in various art galleries and salons throughout the United States. His fine art work is owned and displayed in homes and businesses throughout the world. Currently, Paul is working on an exhibition that is to be opened and displayed at the Presidential Palace of Honduras in early 2012.