Framed by Artist. This artist is available for commissions. 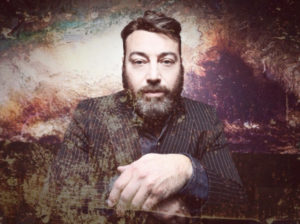 Sean Van Sheppard was born in 1973 in the small town of Nashville, Indiana. Located in Brown County Sheppard hails from an area where many of Indiana’s most famous artists originated.

Sheppard has always had a great interest in art and credits his wonderful high school art teachers with much of his inspiration. He began professionally painting at the age of eighteen and continued his studies at Indiana University with a major in Fine Art.

From painting backdrops for plays, like A Midsummer Night’s Dream, Sheppard began his career in decorative art. His skill in faux finishes led him to running his own studio finishing furniture and creating murals. His star-studded client list include the likes of Jim Irsay, Paul George, Mario Andretti along with commercial projects for Starbucks, Monterey Cuisine and the Westfield, Indiana library.

Westfield visitors will be able to enjoy more of Sheppard’s public art projects as he was contracted to design the decorative finishes in the new Westfield Play House, commissioned by Paul Estridge. Then in 2020 he created the outdoor mural for Holiday Park and has been contracted by the Hurst family to restore and create a mural for the old Hurst Bean Factory in downtown Indianapolis.

In addition, Sheppard also enjoys playing music and is a part of the rock band, Late Night Driver. He has played and become good friends with Dr. Duke Tumatoe, an Indiana Blues legend. On occasion, Sheppard has been known to paint in front of an audience while Dr. Duke Tumatoe and the Power Trio perform the blues.